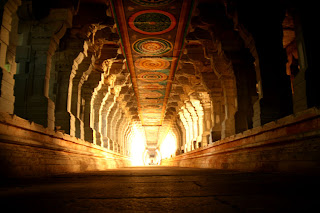 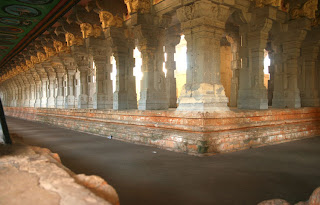 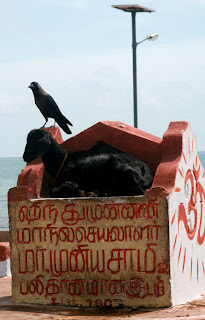 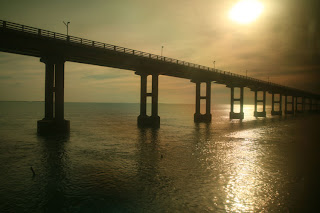 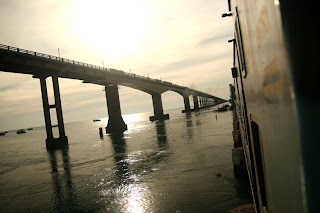 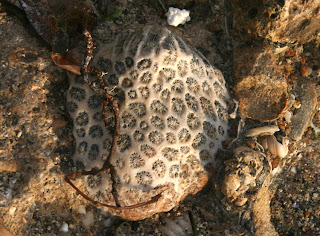 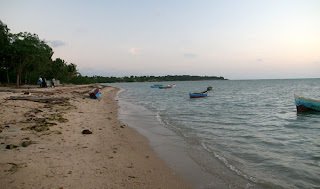 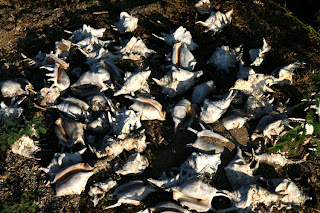 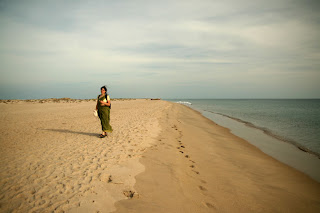 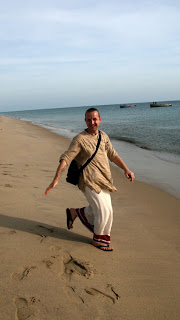 After the stress of the marriage arrangements etc. we decided to go for few days to the ocean again and we went to Rameswaram, on of the very famous ancient Tirtha (holy place) of south india. It is only 20 km away from sri Lanka, and most of that distance are coral riffs, with a great living world of all kind of fishes! When you enter Rameswaram you will smell it!!
We stayed in a quite luxuous place with view on the ocean from our balcony, and not far from the main temple. The temple also houses more then 22 holy sweet water wells, where pilgrims take bath. The building of that temple with his corridors are spectacular to see with huge pillars and halls. One of the many shrines inside impressed me the most. It was a Nataraja Shiva (dancing), but everything was covered with millions of Rudrakshas. Unfortunate i was not allowed to make a pic, otherwise you could see it. That place is very busy by many pilgrims from north india, who do they catur dham yatra (4 places to be visited Badrinatha in the himalayas, Dwaraka in west - near pakistan border, Jagannath puri east coast close to Bengal and Rameswaram), also Rameswaram is considered to be the Kashi (Varanasi) in south and who ever comes here and bathes gets Moksha.
We did also go by boat to the coral riffs to swimm a bit and my mask was not good enough to see for a long time under water. We went to Danush Koti the very end of India, were both oceans the bay of Bengal and the indian ocean meet. That was the best place we have seen so far. The waves where calm, and the beach very clean!!! What a wonder... Of course nobody lived there in this place, therefore nobody could do harm to nature. See the link of google earth Rameswaram!
Keine Kommentare: Links zu diesem Post 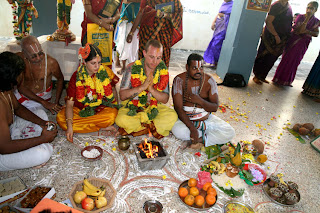 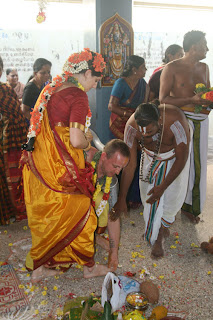 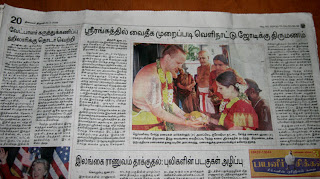 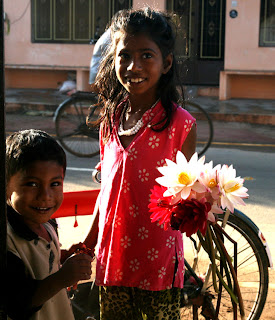 here some more impression from that function... with the tamil newspaper, and on the function just before it started two small kids came to give us some lotus, i called them devata in disguise...
1 Kommentar: Links zu diesem Post 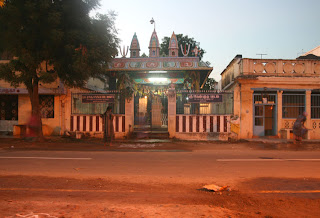 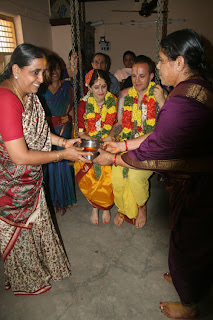 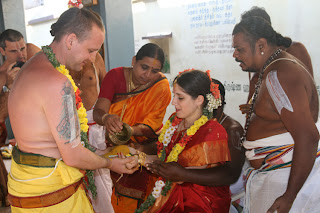 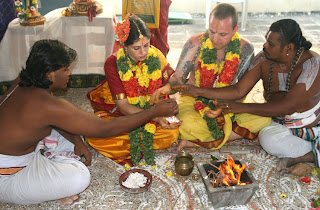 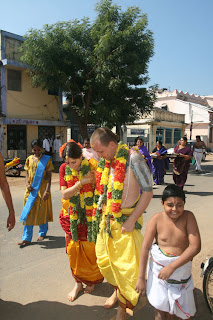 On the 19.01. 2008 evening was our reception, and the Muhurtha for doing the ritual (Kasi* Yatra, Kanya Dana, Sapta pati, Homa etc..) was on 20.01. 2008 morning. Around 30 friends and Devotees came participate, and even Newspaper came, to report on this event. Now everyone in srirangam knows us, as newly wedded couple... The ceremony was really cool, and we missed all of you who could not be on our side (mostly our friends from Cro and Germany). But still thank you for all your blessings and good wishes, that it could happen here in this very special place. The Ceremony took place inside the ancient Jagannath Mandir, opposite of the old Gopal Bhattar Goswamis house where he lived with his parents. The Deites inside the sanctum sanctorum are said to be hand made by Lord Chaitanya him self, when he stayed here for 4 month in his Caturmasya vrata 1510 AD (see pic).
Keine Kommentare: Links zu diesem Post 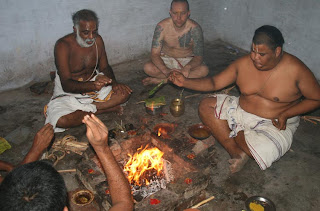 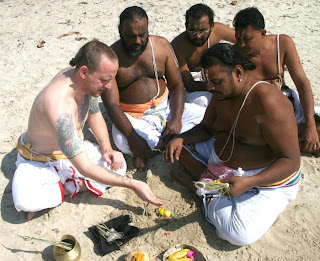 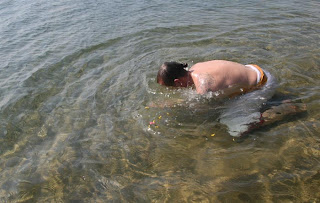 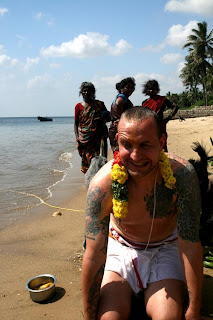 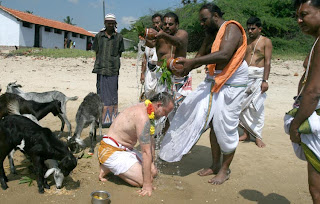 This place is very close to Rameswaram (oceanside close to Sri Lanka), and one of the 108 divya desams in south india. It is here where Lord Rama did penance for crossing the Ocean to fight against the Demon Ravana, to get back his wife Sita Devi. Lord Varuna came to him and told Him how to cross the ocean, by writing the Name "Rama" on the stones. They would flood on the surface, and the whole Army of his could cross the ocean and reach Lanka.
The temple has a very unique sleeping Lord Rama housing, who is resting on a bed of darba grass. The deity is a huge black granite Form, but one can see clearly the Darba grass bed carved on it.
One the ocean side we did a very complicated shraddha ceremony, for some of our friends families who passed away, to bless and nulifiy the bad karmas they created. It is said that such ceremonies helping the living and decreased one, to attain a higher stage of consiousness and bring auspiousness to all of them. That is the special blessing by Lord Rama who came here.
Different stages of the ceremony is shown on the pics, and one of them is bathing at least 30 times...
Keine Kommentare: Links zu diesem Post