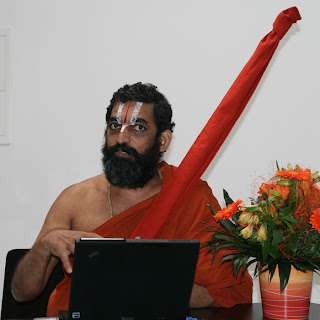 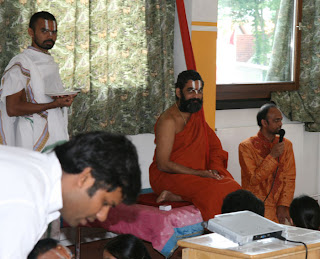 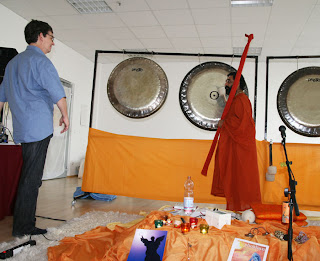 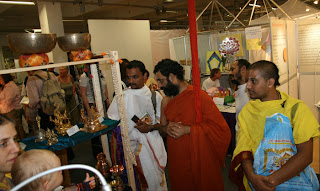 Due to the higher arrangements of the Lord we were able to bring HH Chinna Jeeyar Swamij from south India to a Fair of esoteric and wellness in munich, as his devotees organized a lakshmi Narayana Puja at the same weekend. On that Fair he spoke about vedic traditions and the search of every human for peace and happiness. His servants Varada, Madhusudana, gopi and Bhagavadcarya did some very nice chants with the shanti mantras and the Narayanopanishad on small stage.
People from that fair liked the performance and were impressed with the purity and the powerful speech.
The next day we went to switzerland for one programm in the iskcon temple with around 25 members with the question and answer discourse.
On 12th of june the munich devotees of him organized a Lakshmi Narayana Puja performed by all guest guided over microphone by him. That took 4 hours all in total. Prasadam was also served there and around 70 familygroups (around 100 people?) from in and around munich came and did that puja with Swamiji. On Sunday the 13th of june he went to Frankfurt to do the same there with the indian telegu community there with what i heard with great success.
We stayed over night in ones friends house in munich who has a vegetarian (prasadam) distro for 600 kids in munichs kindergartens every day! Very beautyful to see this great seva is going on in munich. Please support them: www.vegetaria-catering.de

Next day we came to see him off back to India. That last evening we brought one friend of ours to him, a scholar from the tuebingen university, well versed in greek and sanskrit. They exchanged feelings, thoughts and new ideas and hopefully some very powerful project will emerge.
Leaving him and seeing him going back to India was a great pain for us, and even my small son were crying after him.
A pure soul were ever he steps will bring good fortune and the truth around, and that was a very deep expierence for all of us.
The munich devotees of him were very dedicated and impressed us with their devotion to him. So many things we westerners can learn from this great culture. let it be around the whole globe!
1 Kommentar: Links zu diesem Post 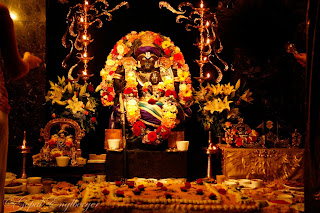 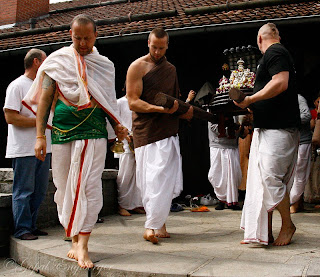 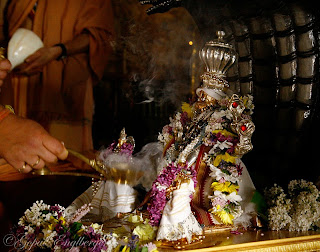 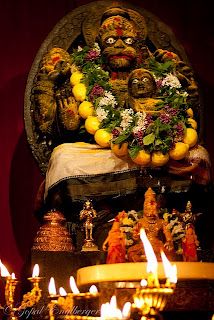 Good darshan of Lord Narasimha by the service of our friend Gauranga who did all those nice pictures. Also with the help of so many devotees this festival would not be there in germany. Thanks to all of you!
Kommentare: Links zu diesem Post 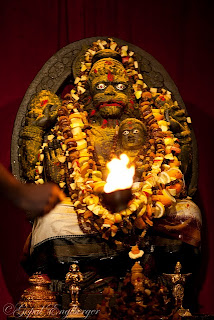 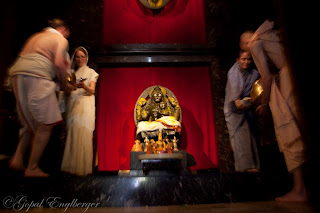 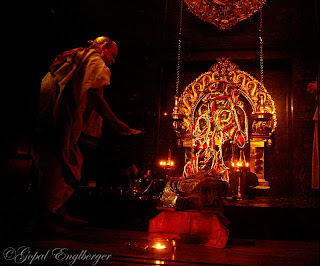 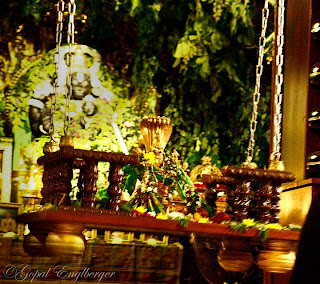 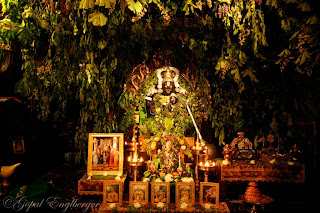 We started with Garuda flag hoisting and parayana (mantra chanting). Then we did the pavitra puja like every year to nullify and purify the mistakes done by the priests in the service of the Lord. Special silk pavitras will be placed on his body with 12 times sodasopacara. in the night special homa for Lord Narasimha and next day is Jayanthi time with great abhishekam. Over the next coming days we had forest outfit (were Lord Narasimha is inside his beloved jungle) full in green and real branches from the famous birch, flieder and castanie! We had two big abhishekas over 5 days and one nice procession around the temple complex. the weather was mixed with rain and sun and around 400 people had come to celebrate Lord Narasimhas birthday.
Keine Kommentare: Links zu diesem Post 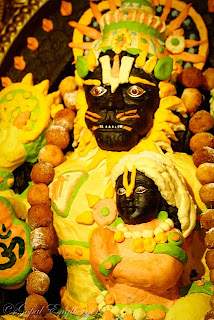 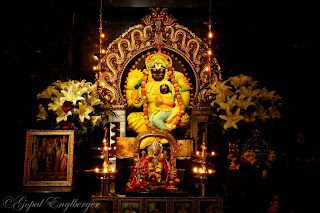 celebrated in germany again, for the 11 year for me to perform the pujas. Many guests from around the world and missed my friends who did not come or unable to participate. We did also a special fund raising for Padmanabhas family to help them t overcome the loss. Sankirtan devotees did a good part and also we sold many of his collections of ancient books to the audience.
On the 4th day we had sandesh outfit for the Lord, and he looks really sweet in it.
Kommentare: Links zu diesem Post